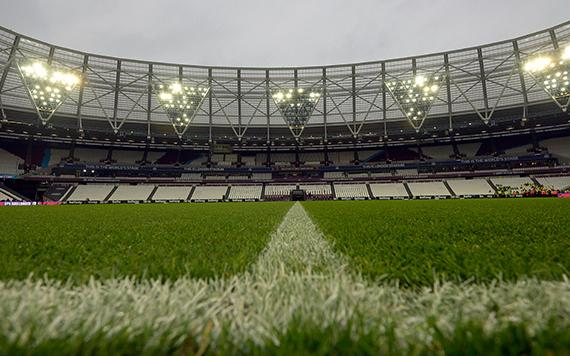 West Ham will face a stern festive test on their return home, with second-placed Leicester City the visitors to London Stadium on Saturday 28 June (kickoff 5:30pm).

For more information on testing, ahead of full launch early in 2020, read more here...

Help our charitable cause:

We're working in partnership with Irons Supporting Foodbanks, with supporters encouraged to donate food items on their way to the Stadium for today's fixture. The donation point is situated opposite the London Aquatics Centre, adjacent to the Park Information Point, and will be staffed from 2:30pm.

Please note that food items should be donated on approach to the venue, and may not be permitted into London Stadium.

Kickoff between West Ham United and Leicester City is set for 5:30pm, with London Stadium opening the turnstiles for supporters 90 minutes ahead of the match, at 4pm

Supporters can take advantage of early access drinks discounts inside London Stadium ahead of this match, with deals available for the first half hour until 4:30pm.

Hospitality guests for the fixture can enjoy entry to London Stadium via Entrance B on Podium level from 3pm.

We're adding a challenge for fans in hospitality, who can tackle the Crossbar Challenge Giant Chilli Nachos available in Boleyn Kiosk 1 and on the Bar Food Menus in all other lounges , with a four Beer Bundle available for £15. There's also the crossbar challenge meal deal for £25, allowing fans to share the giant Chilli Nachos and four beers.